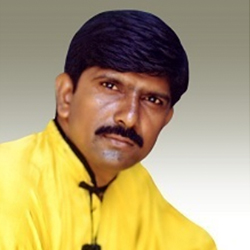 Sifu Christopher Fernandes is one of the foremost exponents of martial arts in India with over 40 years of experience in the field of traditional Chinese martial arts, both hard styles (Kung Fu, Wushu) as well as the soft and internal styles (Tai Chi Chuan, Qi Gong) that use the power of internal energy or chi. He is the custodian of the holistic temple form of training that he learnt from his teacher, the late Lama Sevang Migyuar Nobu. This form has deep roots in ancient Tibetan, Chinese and Indian teachings and focuses on not just the physical aspects but on deeper concepts like the mind, energy and spirit. He has received his accreditation from the premier Beijing Institute of Physical Education for Chinese Martial Arts. He has learned yoga from the Santacruz Yoga INstitute and has a diploma in yoga from Mumbai University. Besides training thousands over the years, he has also authored several books including "Vajramushti: The Martial Arts of India" that chronicles the development and growth of the science of physical culture in India over the centuries. His latest endeavour is promoting the use of ancient techniques of healing using internal energy, through public classes and workshops across the country. Know more